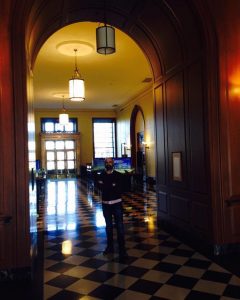 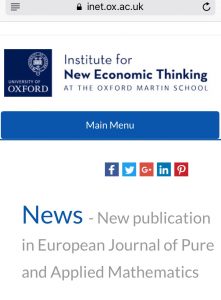 The journal is prestigious and indexed by Clarivate Analytics ESCI, Web of Science and Scopus with a high impact factor.

Published a number of special issues in addition to regular issues such as Special Issue on Granger Econometrics and Statistical Modeling Dedicated to the Memory of Prof. Sir Clive W. J. Granger on 27 May 2010, the first anniversary of Sir Granger’s passing. The issue also includes Institutional and Personal Tributes to Prof. Sir Clive W. J. Granger from many top institutions including Royal Statistical Society and Japan Statistical Society.

The Granger Meomorial Special Issue is announced at University of Oxford

The journal is the first and only journal dedicated to algebraic statistics in the world. It is also a prestigious journal and indexed by Clarivate Analytics ESCI and Web of Science with a high impact factor.

One of the first journals in analytics, founded in 2017.

Journal of Transportation and Logistics: An Istanbul University Journal